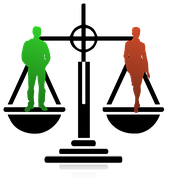 Equal pay same job for women? Really? Where is that?

(Warning: this article is written in all sincerity but with humor and irony too. A little bit tongue-in-cheek. It is not meant to trigger intense political discourse.)

The current POTUS (President Of The United States) has stated today that women should receive an equal paycheck to the amounts paid to men, if they are doing the same work.

I recall in the early 1990’s reading a news article about how women were paid a sixty-nine cent “male” dollar. Today, April 12, 2016, news reports put it at a seventy-three cent dollar.

Wow! ‘SHE” got a four cent raise in about twenty years! 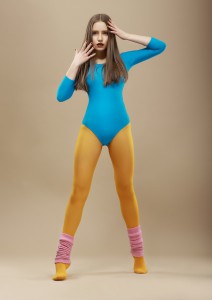 Remember those cigarette ads? The Eve ciggie, long and so slim (like women are supposed to be, like Barbie Dolls). In the pretty white and pastel packs?

Women in affiliate marketing on line don’t take that kind of pay cut. Women who are

…get paid the equal “male” dollar! How?

The customer comes from a link on somebody’s (maybe your) web site. The retailers

…and the other several hundred don’t know what you look like! They only know your affiliate

name or nick name. There is no grueling Human Resources interview process to affect any bias toward you in the hiring procedures.

You don’t have to be like George Sand, Ms. Amantine-Lucile-Aurore Dupin, 1804-1896, an author publishing in France in the 1800’s, female lover of the composer Frederic Chopin, and mother of two.

You don’t have to be like George Eliot, 1819-1889, the pen name of Mary Ann Evans, who wrote Middlemarch. She was an English poet and a journalist, as well as a novelist.

You don’t have to disguise yourself like Jennie Hodgers, Sarah Emma Edmonds, or Sarah Rosetta Wakeman, all of whom dressed like men and enlisted to fight in the American Civil War.

This isn’t a feminist rant. Not at all! This about being paid fairly.

Tell me, husbands and partners of the male gender, wouldn’t it have been great if your wife had brought home twenty-seven per cent more pay during those decades when you both worked? If she is Caucasian, that is.

If your wife is Hispanic, Asian, African American, African, Middle Eastern, Native American or multi racial – and if there were equal pay for equal work – according to today’s news, she could have brought home forty to eighty per cent more wages! (That is the extent to which she may have been unfairly paid).

Where can a senior female working after full retirement age make a masculine dollar?

A manly dollar! (I can just hear Richard Simmons saying that with a twinkle in his eye!)

I’ll tell you where! At Wealthy Affiliate University. There is no gender discrimination in earning commissions.

Life Is Not Fair

Over 65 And Still Have To Work?

If so, play on an equal playing field. Put your time, energy and skills into building free websites and getting started in a Gender Equal job, a unique arena of the senior citizens job opportunities.

This doesn’t just apply to gender, but to racial profiles as well. That ‘male dollar’ doesn’t apply across the boards, as many know.

If you’re a husband to a wife who is still with you in your retirement years, you don’t need any explanation.

If you’re a domestic partner who lucked out and found someone compatible to live with in your senior years, and you both need to work, aren’t you glad if she can get paid like a man? 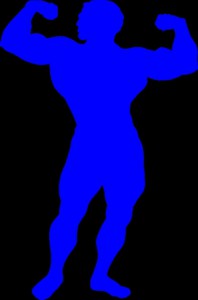 I feel like I should call the White House or something and say “you’re right!”…”Get on it!”…”Equal pay same job – Dude!”.

I’m not sure that call would go through lol.

But I hope I’m getting through to you, whatever your gender, class, or racial background.

The Giant Retailers need you! Oh, yes they do, or there wouldn’t be any affiliate marketing. And who else needs you too?

That’s just the tip of the iceberg of the very broad “how to” ebook field!

But I’m A House Wife Who Has Never Worked! I Could Be A Web Site Marketer?

You bet you can! With your experience, you’re an expert in

Running a household is like running a small business. You qualify! I would credit this expertise

to house husbands and single dads too.

Regardless of the biases in your country as to gender, race and class, if you have access to a computer and the world wide web, you can join the Wealthy Affiliate unique training community. Here is a detailed review of the training, just click now.

True: anyone can join any time because Wealthy Affiliate is never closed, anywhere.

True: anyone can participate at no cost in the seven day free trial to explore the details.

Fact: each trial member can build two websites for free, with full access to the instruction needed to do so.

Updates: this system is a living matrix and is constantly adapted with new training as success factors change.

Personal development: this top of the line learning system triggers creative thought. It taps your imagination, draws out your talents, and shows you how to adapt all your skills and life experience to your work.

according to your head and heart.

Try Wealthy Affiliate right now! Start the training and you’ll be impressed at the detail and quality.

Today’s buzz about why women deserve equal pay will fade quickly. That buzz never quite became a meme.

The Wealthy Affiliate University opportunity is about everybody deserving a decent financial reward for their educated and targeted efforts in internet marketing.

I hope I’ve encouraged and motivated you to strive for your best success!

I’d love to know what you think about this topic. Leave your comments below!