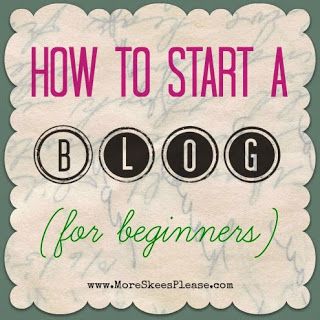 My Life After Foreclosure

I have to admit the very idea of home loss, bankruptcy, and the mere possibility of having to choose between paying the rent or eating, is kind of terrifying. Not the screaming pulling your hair out drama, but the deeply pushed down, remotely scary thoughts about life after foreclosure.

Source of image above.

Because that just gets way too close to the thought of “homeless”.

Homelessness in America (and it’s as prevalent a problem in all industrialized countries where social safety nets are ripped apart) and lack of retirement income is an ongoing problem.

Do you think you might be heading this way yourself? If so, I can help you with the scenario of a better future.

Here is a way  to get started learning how to increase your income as you get closer to retirement. Click through to that right now if you’re ready to invest time into a potential lucrative future.

Even if you’re over 60, you can prepare for a decent future!

Even if you’re living in your car. Or think you may be one day.

I wrote that blog post over a year ago. I had no clue about the huge community of seniors living in their vehicles.

“Homeless Seniors America” sounds like a club – one you don’t want to join!

Losing a home and suffering the depressing follow up of bankruptcy isn’t the only reason a person ends up living in their vehicle.

Death of a spouse, a bad senior marriage, unsurmountable medical bills…Life happens, and living so close to the edge does end up in disaster for some.

But not you! Any post on this site will tell you a different story, and give real concrete advice on how to make money with a blog. Even if you’re living in your car.

The article below was written by Cassandra Black in 2009. Have home foreclosures stopped since then? No, sadly. “My life after foreclosure” is still a song being sung.

The foreclosures crisis, job loss and a crumbling economy are forcing people to find shelter of a different sort. Some people are living in their cars, RV’s, and vans. In Seattle, Washington, an area that has seen an astounding 68% jump in homelessness, a study revealed seniors are part of the growing homeless population living in their vehicles.

A National Coalition for the Homeless executive stated people who are homeless for the first time start out initially moving to cheaper accommodations. (But a survey by the National Low Income Housing Coalition revealed that even a one bedroom is out of reach for many full-time minimum wagers in the United States.) The next step for the first-time homeless person, after cheaper accommodations, is moving in with friends and family. The next pit-stop to homelessness is a vehicle: cars, vans and RV’s.

But for those fortunate to still own a car, or who own an RV or van, communities and neighborhoods don’t want them. They are often stereotyped and seen as a growing nuisance. Vehicle inhabitants are awakened in the middle of the night by law enforcement asking them to move along.

In high-tourist, oceanfront areas like Venice, California, the number of RV’s flanking the seaside streets has increased.   Ironically, in many areas, the growing homeless population is made up of people who have worked most of their lives, and these vehicles are simply one step before the bottom: the shelters and the streets.

The growing trend of people living in their vehicles is another result of a foreclosure crisis that has yet to hit bottom in some areas.  But there is seldom mercy from the law for people who find themselves in a situation where their vehicle is the only viable shelter. It’s flat-out illegal in Los Angeles for people to live in their vehicles on the street,  and areas like Fresno, CA, Albuquerque, NM, Sarasota, FL, Pittsburgh, PA, Atlanta, GA,  and many others, have solid no-camping and no-sleeping legislation.

Cassandra Black, the owner of Foreclosure Cleanup, LLC, in Atlanta, a company that clears out foreclosures, says her company has yet to remove a car left behind at a property that has been foreclosed upon. “The vehicle may be the only housing option a person has after losing their home.”
Article source.

Here is a video about a senior living in her car. Watch it! Wow, I am so impressed with what she’s done to rebuild her vehicle for living in. She’s a real handy woman and brave soul.

I wish she could find this site and start making money with blog writing and get ahead with some extra income.

Click here for peek at a real classroom on how to do that!

If I could I would drive out there and find her. Just to let her know there’s a lifeline if she’s so inclined. Here she is!

3 thoughts on “My Life After Foreclosure”